The Virtual Factory Lab was established in 1996 with the generous support of the W. M. Keck Foundation. 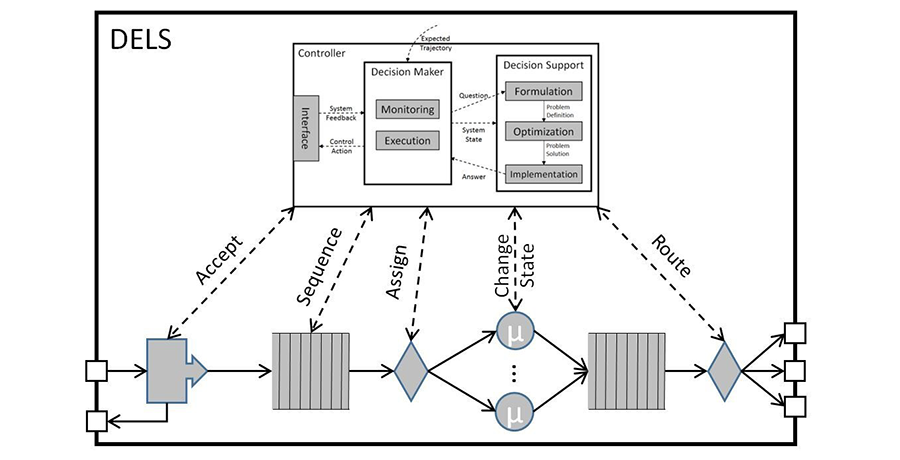 The founding goal of the Virtual Factory Lab (VFL) was to create "virtual factories" in software on which we could experiment to draw conclusions about how "real factories" could be designed, managed and controlled.

Over the past twenty years, the scope of the VFL has broadened to "discrete event logistics systems" (DELS), which are systems consisting of networks of resources through which items flow and are transformed to higher value. The DELS domain includes factories, but also warehouses, supply chains, and even health care delivery systems, among many others.  The founding goal has evolved into three broad themes of research: (1) addressing the need for an ontology, semantics, and syntax for precisely specifying analysis-agnostic models of DELS; (2) addressing the need to automate translation from analysis-agnostic systems models to routine, well-understood analysis models for answering typical questions about DELS; and (3) addressing the need for engineering theories, methods and tools for designing DELS.  In addition, the VFL also is active in promoting educational innovation in the teaching of courses on the modeling, analysis, control, management and design of DELS.  The VFL is the home in ISyE for Model-Based Systems Engineering and  expertise on OMG's Systems Modeling Language, SysML(tm).